Skip to content
News & Events
AERO FRIEDRICHSHAFEN 2022
FLIGHT DESIGN F2 EASA CS-23 CERTIFIED
EAA AIRVENTURE AT OSHKOSH 2021 A GREAT SUCCESS FOR FLIGHT DESIGN!
We are pleased to announce that the CTLS GT Grand Touring has been successfully registered by Flight Design France as a 525kg Ultralight and that the airplanes now can be registered in France at 525kg max takeoff weight, the French aviation Authority has issued the revision of the Fiche d ’identification which was previously limited to 472.5kg to 525kg. This allows a much more ‘useful’, useful load! 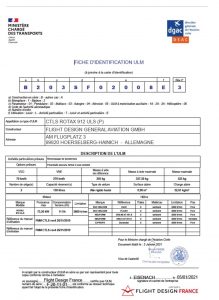 The new Flight and maintenance manual are also updated and is available on request to FLIGHT DESIGN FRANCE.

The CTLS 525kg UL features 2 x 10” Dynon or Garmin EFIS and EMS screens, 2-axis Autopilot, Rotax iS fuel injected engine, comfortable leather sport seats with empty weight of less than 330kg. To have such a light empty weight on an advanced version of the CTLS is quite an achievement, which was made possible by improvements to the manufacturing process and careful selection of equipment by Flight Design.  These improvements are now available on all production models of the CT series. 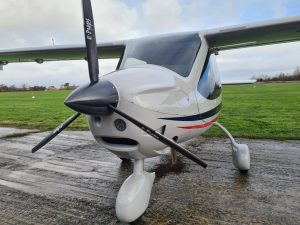 All CTLS delivered are eligible to the new 525kg MTOW since the structural capability is 600kg MTOW, the CTLS delivered by FDGA after 2019 will be updated by the French branch of Flight Design general aviation.

All other CTLS delivered or imported will need to be primarily inspected by the French distributor to be granted to the new 525kg MTOW.